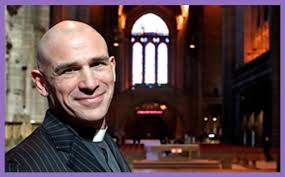 Join us for Evensong at 3pm.  A traditional service that has been part of our heritage for hundreds of years.  The service is based on the 1662 Book of Common Prayer and will last for approximately one hour.  The service includes 3 hymns, the Magnificat and Nunc Dimittis.   Refreshments will be served afterwards    All Welcome.

Beauchief Abbey, Beauchief Abbey Lane, Sheffield S8 7BD. (There is plenty of room to park along the Lane) before you reach the Abbey.

The Abbey dates back to the 12th Century and was a Premonstratensian Abbey.  On the 4th February 1536 the Abbey was surrendered  to the Kings Commissioners by Abbot Greenwood without opposition. The estates were sold to Sir Nicholas Strelly and they continued to be owned by the family until it was purchased by Frank Crawshaw from Colonel Edward Strelly-Pegg-Burnell in 1923.  Frank Crawshaw gifted the Abbey and surrounding park land to Sheffield City Council as long as church services would continue. For more than 100 years after its dissolution Beauchief Abbey lay in ruins, its stones furnished a quarry to build Beauchief Hall, adjacent buildings close to the hall and the chapel using the side nave walls of the Abbey Church.  The Tower you see today is original 12th Century although the height was reduced in the 18th century it still seems very high from the inside.

From around 1662 to now Sunday Services have been regularly held.  The Abbey church is

extra–parochial (Liberty of Beauchief ) and services are conducted by visiting volunteer clergy. The

February).  With the exception of one hundred years at the time of the dissolution services have been

held here for over 800 years and with congregational support may it long continue.

All out services are based on the 1662 Book of Common Prayer .  Please join us on Sunday.

Here you'll find information about how Beauchief Abbey continues today to explore and promote the Christian life in...

Weekly services of public worship are held at the Abbey, continuing a tradition of Christian witness and prayer on this site that dates back to the 12th century.

Faith - unexpected discovery of the things of GOD